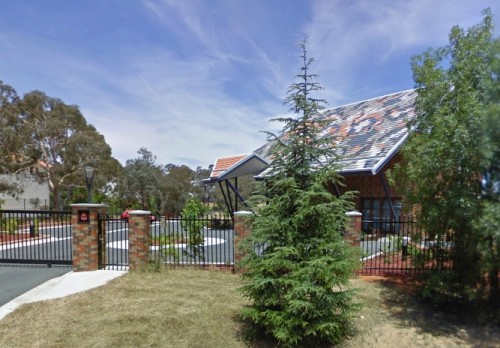 The successful pro-bono East Timor Embassy project in Canberra built at cost by Grocon, was been supported in-kind by a number of Australian construction materials suppliers and manufacturers. Tecbeam Australasia, Melbourne-based manufacturer of innovative engineered timber beams is one of these, having provided the first floor framing system as a gift to the project.

Tecbeam’s Executive Chairman Jack Haber, said he was delighted to assist the unique project to assist the people of one of Australia’s poorest neighbours.

The project was built with funds raised by the Australian Embassy for Timor Leste Fund, a joint project of Leadership Victoria and the Rotary Club of Melbourne

Grocon CEO Daniel Grollo said the Tecbeam contribution was greatly appreciated. “We are more than happy to assist by providing our services at cost and by bringing designers, subcontractors and suppliers on board.”

“Grocon has not previously used Tecbeam products, but I am very impressed with their capabilities” he said.

The Embassy project was completed in early 2009.